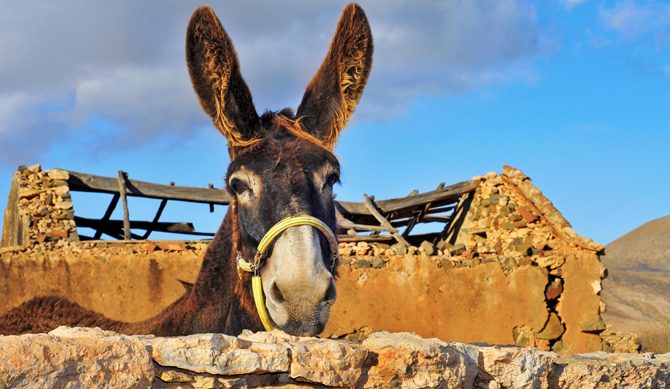 The answer—straight from the Bible—may show you something about Jesus you never noticed before.

If you attended Sunday school as a kid, you probably know the Jesus of Palm Sunday. You learned how he rode into Jerusalem on a donkey a week before Easter as the crowds shouted “hosanna” and waved palm branches. Someone may have said you should praise Jesus too, and handed you a palm leaf. But you may not have learned much about what makes Jesus praiseworthy. Maybe to you he was just a guy on a donkey.

The Bible accounts tell us Jesus went out of his way to procure the donkey. It was not his usual method of travel; he was making a point. John’s gospel says Jesus was enacting a passage from the prophet Zechariah, who described an all-conquering king who would remain humble enough to parade on a donkey. Jesus is that great-yet-humble King.

Maybe you already knew that or maybe you didn’t. Whatever you do with that, however, don’t tuck it away as an informational tidbit about Jesus. Facts about Jesus are all through the Bible. You could amass thousands of them. But Zechariah’s prophecy isn’t just factual—it’s also poetry.

Poetry has a depth that mere facts don’t. Poetry has rhythm and beauty. It wakes up the imagination and stirs the spirit. The Bible’s good news of Jesus touches that part of our being, too. It includes Jesus poems.

You can find the king-on-a-donkey poem in Zechariah 9:9–17. It tells of a King who speaks peace and hope. He fights using lightning and roars in whirlwinds. He treats his people as jewels in his crown. He makes them heady with grain and wine.

But don’t let me give you facts. Read the poem for yourself—as a poem. Let it soak into that corner of your soul that’s made to sing.

John tells us Jesus’s disciples didn’t notice the connection to Zechariah until after Jesus died and arose. Still, perhaps some others in that Palm Sunday crowd saw the donkey and thought of the humble king. Maybe they started dreaming of the grain and wine he would provide for them.

They didn’t know the half of it.

Five days later, Jesus broke bread with his disciples and told them, “This is my body.” He passed around wine and said, “This is my blood.” Then our humble King gave his life for us, his precious jewels.

This Sunday, I have the privilege of teaching the Palm Sunday story to a class of third and fourth graders. My hope is that they and I will see Jesus with new depth. It means I have a poem to read.