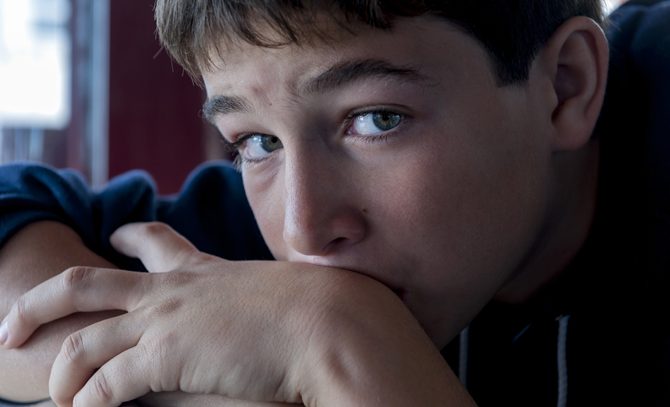 It sounded like an excellent question from a student who wanted to work on better behavior. So why did it concern me?

Several years ago, I had a Sunday school student who was a particularly tough behavior case. He was disruptive and did things that could have hurt others or himself. Clearly, I had to discipline him. And certainly, the kid—let’s call him “Cody”—had sin to repent of.

The best solutions are seldom simple. I and the ministry director worked with Cody’s mother to craft rules, consequences, and practices that would help him behave. We also talked with his teacher at school, where he had similar problems and a set of expectations to meet each day. We put some of those school rules in place at church. I spent time getting to know the boy better. He had a credible profession of faith in Jesus and wanted to be a “good kid,” but had triggers that caused him to lose control.

After months of slow progress, Cody started asking me at the end of class each week, “Was I good today?” At first, I took this as a positive sign: he was working on his behavior and wanted feedback. So told him things I had noticed, being sure to affirm growth I saw.

But soon I decided I didn’t like his question. I’ll sum up my concerns in three points, all having to do with the gospel of grace.

Cody’s question suggested he felt pressure to perform. He was looking to earn points with me, with his mother (who would reward him if I gave a good report), and probably with God. As important as it was for his behavior to improve, I didn’t want him coming to Sunday school with that mindset. Although the gospel does compel us to repent of sinful behavior, it also frees us from keeping score.

American kids are under constant performance pressure. They get graded and rated on everything from schoolwork to their attitudes. And when it comes to faith in Jesus, they fall into that same approach. They don’t just believe; they compare themselves to others and feel pressure to earn a reputation as the best believer. This goes against all the Bible teaches about how our blessings in Christ are due to God’s grace. In God’s eyes, the only person in the church who earns points is Jesus; the rest of us are acceptable because his perfect performance counts for us.

I wanted Cody to feel that freedom. Everywhere he went, he was compared to the good kids and rated by how close he came to their standard. My Sunday school room had to be the one place each week where that didn’t happen—where everyone was a sinner whose righteousness came from Jesus, and no one kept tabs on which kids outwardly appeared to be further along in holiness.

Concern #2: Looking to self

I also wanted Cody to practice looking more to Jesus than to himself. Behind the question, “Was I good today?” Cody was buying into the lie that if he tried hard he could get his act together. This always leads to insecurity, because none of us will do enough.

His counsellors at school would never tell Cody the truth: that Jesus was in charge of his progress. “Apart from me,” Jesus said, “you can do nothing” (John 15:5). There’s tremendous relief in knowing that any success we have is God’s gracious work in us, and that every failure means his grace isn’t finished yet. And there’s confidence in seeing that our efforts to be better people are a matter of joining in work God is already doing, especially tapping into his power through prayer and the Word. Hope and joy flourish when Jesus gets the credit for Christian growth.

Finally, I sensed a subtext in Cody’s question: he was asking if I was angry with him over any misbehavior that day. I was glad he cared, but I wanted my relationship with Cody to be defined by Jesus, not by Cody’s behavior.

There was no way Cody and I could have a relationship marked by Christian caring unless the love of Jesus was what connected us. Without that love, I would be seeking approval elsewhere. I would end up manipulating Cody’s outward behavior, trying to impose rules on him that made me look like an in-control teacher. And he too would be looking for praise and resenting correction. So the loving grace of Jesus had to deeply satisfy both of us, or any progress in our relationship would be a selfish sham.

The tricky part was how to teach Cody this. I didn’t do everything wisely—certainly not consistently. Creating a classroom atmosphere that stays mindful of grace and practices faith is hard work, and it comes by small steps.

But I did begin with new answers to his question, “Was I good today?” Every time he asked it, I reminded him he was already counted good in Jesus. I told him all of us (not just him) were striving to actually do good only because Jesus had changed us. I placed credit where it belonged by resisting the urge to congratulate Cody directly, instead pointing out ways I saw God working in him. And I started offering to pray with him, asking God to give both him and me more growth and to help us care for each other. I figured if he was going to trust Jesus he’d need to see me trusting Jesus too, and there’s no better way to practice faith than by praying.

The quest to be a grace-aware teacher never ends. I always have students, either misbehaving or the goody-goody type, whose focus on their performance shoves Jesus aside. I do the same when I get wrapped up in my performance as the teacher. So my reactions to Cody’s question make a helpful framework that goes beyond discipline, challenging every part of a gospel teacher’s job.

Copyright secured by Digiprove © 2016 Jack Klumpenhower
If this was helpful, please share. Thanks!