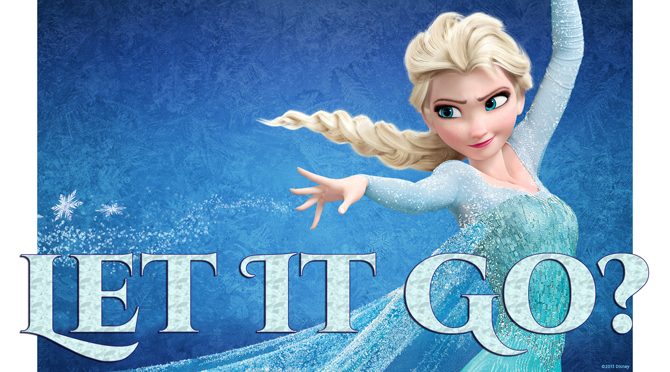 What does the hit movie say about the gospel? And what can you say about it to that girl you know who keeps singing “Let It Go”?

Frozen is a huge success, the first billion-dollar film­—yes, billion—for Disney Animation. Now that it’s out on video, kids are watching it again and again. I know girls, both young and old, who’ve already seen it a dozen times and sing the songs by heart.

I myself might never have seen the movie except that I have a 12-year-old daughter. But now that I’ve watched it, I’m glad I did. I’ve been able to have a handful of good conversations with kids about the gospel, based on Frozen.

Is it a God-honoring movie? Well, I stop short of labelling a movie “Christian” unless it mentions Christ, which Frozen doesn’t. But the story does have some of the strongest gospel-derived themes I’ve seen on screen in a long time.

The gospel themes in Frozen

Elsa, the older of two princess sisters, is born under what is essentially a curse. She lives with the scary power to turn anything—or anyone—into ice with a flash from her fingers. To protect her sister Anna and others, Elsa keeps her power a secret and lives in isolation. She tries desperately to keep the deadly curse under control, which is only possible by remaining detached and unemotional.

She can’t keep it up, of course. Eventually her powers come out, plunging her kingdom into perpetual winter. Elsa runs away into the mountains. There, alone, she stops trying to fight the curse and lets her powers loose. She builds a huge ice castle and shuts herself up inside—free to make all the ice sculptures she wants, but isolated and frozen in her heart.

Most of the movie is about Anna’s quest to find Elsa and save her, finally breaking the curse with an act of sacrificial love. That story can’t help but remind us of the story of our Savior and his sacrifice. Frozen also offers keen insight into the way the curse of sin entraps us, and the frustrations and cold-heartedness that arise when we try to fight it in our own strength.

The song “Let It Go” deserves special attention, not only because it’s so popular but because it brings out these themes so well. Elsa sings “Let It Go” as she builds the ice castle. She feels incredible freedom as she gives in and stops trying to fight the curse. But “Let It Go” brilliantly shows how she also feels hurt, angry and lonely—and how giving the curse free reign means shutting friends and family out. Elsa declares, “No right, no wrong, no rules for me” while also proclaiming, “Turn away and slam the door!” She’s free, but also more trapped than ever.

When the song was performed at the Academy Awards earlier this year, introducer John Travolta drew criticism for mangling the name of singer Idina Menzel. But I thought Travolta’s greater error was that he called “Let It Go” a “gorgeously empowering song.”  Whoever wrote his material failed to read the lyrics or understand the Frozen storyline.

Menzel’s singing style at the awards show also bothered some viewers. They noticed that she seemed to be barely holding back anger or bitterness while performing “Let It Go.” Many speculated this was because she was upset about her name being botched, or maybe unhappy with the orchestra. Nonsense! She sang it that way because she’s an exceptionally talented stage performer, and she does understand the character and the song. The character is bitter at that point in the movie. The song is supposed to feel unsettling.

The message for kids

What, then, do we say about the gospel to our girls who’re spending their days singing “Let It Go”? We might try the following: