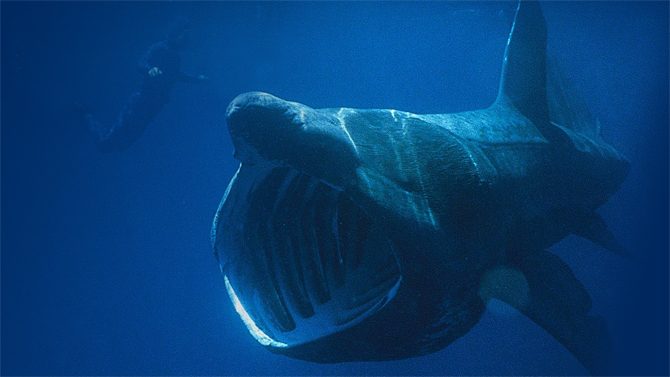 The story of Jonah is fun, but tricky for sensible people. Why is it in the Bible? Why did Jesus keep talking about it? And what’s the deal with the fish?

Last week I taught the book of Jonah for a family Sunday school class. To prepare, I looked through my old lesson notes and found it had been seven years since I’d taught about Jonah. That meant it was time to do some study and prepare a new lesson from scratch.

Besides, I needed some clarity. Jonah has long made me a bit uncomfortable.

On the one hand, Jonah is a great story about God’s mercy. God cares enough about the wicked people of Nineveh, who were violent enemies to his people, to send Jonah to preach against them. Jonah is a reluctant prophet who doesn’t want to go because he understands God may use his preaching to actually save Nineveh. Sure enough, the people of Nineveh repent of their evil and God spares them. Jonah protests, but God explains that he’s a God of compassion—even for evil people.

On the other hand, there’s the giant fish. Jonah ought to have a mercy-loving attitude because earlier in the story God has mercy on him. Jonah boards a ship to run away when God first gives him his assignment, and God sends a storm. To save the others on board, Jonah tells them to throw him overboard in judgment for his disobedience. But God spares Jonah. He sends a fish to swallow the prophet, and then keeps him alive inside the fish for three days before commanding the fish to spit Jonah up on the land.

Understand, now, that I believe in miracles. The fish story is no problem for God. But I’m also aware that unbelievers mock this part of the Jonah account. And to be truthful, the whole fish incident has seemed to me unnecessary and, yes, a bit far-fetched. Why didn’t God turn Jonah around and show him mercy in some less fanciful way?

As part of prepping for my lesson, I looked at what Jesus said about Jonah. He mentioned the prophet more than once in response to people who didn’t want to believe he spoke for God. They were insisting he give them a sign to prove his credentials as a true prophet.

But he answered them, “An evil and adulterous generation seeks for a sign, but no sign will be given to it except the sign of the prophet Jonah. For just as Jonah was three days and three nights in the belly of the great fish, so will the Son of Man be three days and three nights in the heart of the earth. The men of Nineveh will rise up at the judgment with this generation and condemn it, for they repented at the preaching of Jonah, and behold, something greater than Jonah is here. (Matthew 12:39-41)

My problem with understanding the sign of Jonah was that I didn’t pay enough attention to the interaction between Jesus and those guys who challenged him. They wanted a sign that Jesus was truly a prophet from God. He said the only sign they’d get was the sign of Jonah.

Let’s think: How can we tell that Jonah was a true prophet and that God was working through him? What was the most compelling sign? It was the fish, of course. Jonah stayed alive for three days inside a fish. As we all know, that sort of thing absolutely doesn’t happen unless God is working a miracle and making a point. The evidence that Jonah was a true prophet may sound wacky, but it’s awfully strong.

God used miracles, or “signs,” to attest to the ministries of other prophets too. But if we had to pick just one miracle out of all the signs surrounding all the various prophets, the sheer excessiveness of Jonah’s run-in with the fish would have to rank as the most amazing. Besides, it’s a sort of death-to-life event taking place over three days.

Jesus knew that all the prophets prefigured him. And he realized that the one prophet whose validating sign best set up his own unbelievable-but-true resurrection was Jonah. We know Jonah was legit because of the fish, and we know Jesus was true because of the empty tomb.

As I studied, I finally saw it: Jesus is letting us know that the Jonah story is supposed to be a tale that sounds so amazing it’s hard to believe. God arranged for Jonah to get swallowed and live because one day the grave would swallow Jesus only to have him come alive again. In Jonah, God was getting his people ready to believe exactly that sort of outlandish miracle. The fish incident was necessary because it points ahead to Jesus’s even greater death-defying story.

It’s actually very important that we believe a fish swallowed Jonah. If we can’t believe that, why would we believe in the resurrection of Jesus—or of anyone?

Jonah deserved his deep-sea judgment, but Jesus suffered judgment even though he did nothing wrong. On the cross he took the penalty for my sin and yours—so that we, like Jonah, may receive mercy and resurrection. Now God calls us to repent in Jesus’s name, “having furnished proof to all men by raising Him from the dead” (Acts 17:31).

In Jesus’s discussion of Jonah, he also mentions the part of the story where Jonah finally preaches to Nineveh. This is a piece of the whole picture. This too is something we must believe.

Like Jonah, Jesus preached to his enemies. Even better than Jonah, Jesus went willingly and with boundless compassion. Some of us whom Jesus has saved were once clearly evil and violent enemies, like the people of Nineveh. Others of us were religious-looking but cold, like Jonah. Both types have received breathtaking mercy of the sort that makes us say, “No, God, you didn’t do that for them? You couldn’t!” Yes, he could and he did.